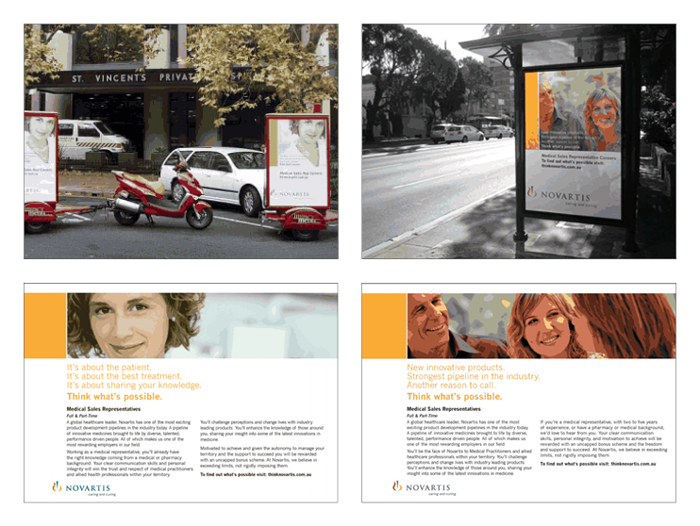 With new products about to launch Novartis needed to source 48 sales representatives in just 8 weeks. The challenge was large but not insurmountable, recruiting what would be 10% of the Novartis workforce. Keeping the message simple and targeting both those within healthcare but new to pharmaceutical sales and competitor employees, the campaign went from concept to production and installation in less than 2 weeks.

Mobile scooter billboards were used outside of major hospitals, scheduled for shift change-overs of nursing and other hospital staff and bus stop posters were utilized around competitor headquarters. Online, a microsite was created as well as animated banner ads and direct mail using LinkedIn "in-mails". Finally, the campaign also featured press advertisements.

The campaign was hugely successful, with over 600 applicants for the positions and all roles being filled by the June 1 deadline. The campaign also took 3rd place in the Creative Excellence Awards for recruitment advertising excellence in the best multimedia campaign.